The National Wildlife Federation and Taylor Morrison Team Up to Protect Wildlife Habitat and Connect Homeowners to Nature
NWF will foster wildlife habitat conservation to elevate Taylor Morrison's land development and sustainability practices, impacting thousands of acres of parks and open space in communities across the country 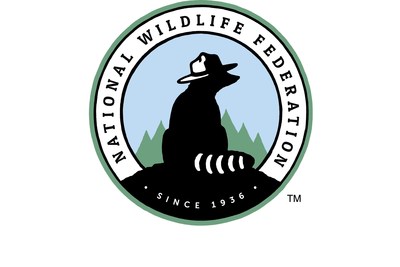 SCOTTSDALE, Ariz., April 17, 2019 /PRNewswire/ -- The National Wildlife Federation (NWF), America's largest and most trusted conservation organization, and Taylor Morrison Home Corporation (NYSE: TMHC), a leading national homebuilder and developer, announced today that their organizations have teamed up to restore and protect wildlife habitat in the homebuilder's communities nationwide while engaging staff, residents and the public in accessible and effective wildlife restoration efforts.

Taylor Morrison currently owns or controls more than 8,000 acres in or adjacent to protected areas and areas of high biological diversity value. NWF will evaluate community parks and open space habitat, advise on restoration and preservation efforts, and leverage its educational resources to help connect community members with nature. The partnership seeks to apply NWF's esteemed wildlife habitat certification standards which are designed to promote native plants, wildlife and pollinators that are vital to ecosystems to Taylor Morrison's coast-to-coast footprint across nine states and more than 55,000 future households.

"Every American should have daily access to nature, which is why we are thrilled to team up with Taylor Morrison to help protect thousands of acres of wildlife habitat and create meaningful connections with wildlife in their communities across the nation," explained Collin O'Mara, President and CEO of the National Wildlife Federation. "Every action we take to conserve and restore habitat supports healthy local wildlife populations. Not only that, but by having nature right outside their doors, residents will enjoy the numerous health benefits of being surrounded by nature. In addition, children in these communities will grow up with a deeper connection to nature and a strong environmental ethic."

Along with the social good and environmental impact of the partnership, Taylor Morrison also believes these joint activities will bring more joy and pride in ownership to their existing and potential homeowners.

"The National Wildlife Federation is an iconic leader in wildlife habitat conservation," said Taylor Morrison chairman and CEO, Sheryl Palmer. "They understand that to make a difference, we all must do our part to conserve natural resources for future generations. We believe that by protecting and highlighting the natural features that are unique to our communities, we can inspire residents and team members to be active wildlife advocates."

This Earth Day (April 22, 2019), to kick off the partnership, Skyestone, a Taylor Morrison community near Denver, is celebrating with their first Wildlife Habitat certification. Skyestone's open space includes a pond and wetland areas that are inviting to community residents and wildlife alike. The natural water features are home to a variety of waterfowl, wading birds, and amphibians. The large Cottonwood trees on the property act as nesting sites for song birds and even owls, while also providing cover for small mammals. The Skyestone community provides food, water, cover, and a place to raise young for many native wildlife species, giving it all the elements it needs to be an exemplary Certified Wildlife Habitat.

In Naples, Fla., the Taylor Morrison Esplanade Community is transforming a large common area into a butterfly garden by planting more than 300 native trees, shrubs and plants to benefit a variety of pollinators. They are taking special care to remove non-native milkweed and plant native milkweed, which is a host plant for migrating Monarch butterflies. To complete their Certified Wildlife Habitat, their garden will include puddling areas with wet sand or soil in their garden since butterflies are unable to drink from open water.

This is just the beginning. As this partnership develops more land will be dedicated to protecting wildlife for future generations, while giving people access to natural spaces and the wonders that our nation's unparalleled wildlife has to offer.